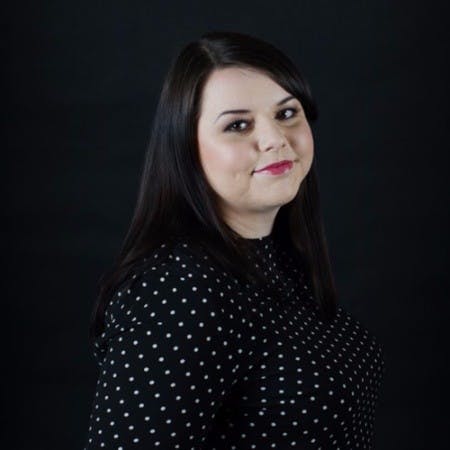 Founded in 2001, the company helps clients find the top global innovators in tech. From board-level executives to the most sought after technical specialists globally, they help organisations identify and attract the best in class talent.

Like many businesses, Wenham Carter used their accountants for the monthly payroll run. At the time, it seemed like the right thing to do as the accountancy firm was already managing the monthly and annual accounts and providing financial guidance.

However, although the accountants provided sound financial advice, their flexibility and knowledge regarding payroll and payroll administration were limited.

These limitations manifested themselves in several different ways and resulted in Wenham Carter's monthly payroll run being a stressful and relatively manual process.

As Wenham Carter's Head of Finance, Charlotte was required to download information before sending it over to the accountancy firm for processing.

Sometimes it would take a week or more to receive acknowledgement of receipt or confirmation that it had been processed. This frustrating lack of clarity and communication made Charlotte feel like she wasn't receiving the support or dedication needed. It also led to uncertainty about whether or not payroll would be finalised correctly and on time.

The reliance on the efficacy of their accountants was a significant bugbear. If one, or even both, of the two account managers they had was not there, then issues simply wouldn't get picked up by anyone else.

This led to occasions when payroll was either not finalised in time or, because the deadline was too tight, could not be amended to include updated salaries or commission payments.

For Wenham Carter, this posed a significant problem. Although employees received a base salary each month, due to the nature of Wenham Carter's business, there was a big emphasis on commission payments.

Charlotte would share the commission rates with the accountants, but if payroll had already been finalised for that month, these figures would have to be backdated to the following month. The backdating of payments was something that she found to be untidy and difficult to manage, particularly in relation to payroll journals.

It would also leave her feeling that she was in an endless payroll cycle and continually playing catchup. Although one monthly payroll had been 'completed', it had rarely actually been finalised as there were often actions that needed to be done on the next month's payroll run.

Employees were growing frustrated too. Having to wait an extra month for money that was due was disheartening. From Charlotte's perspective, this became an issue of trust. Although employees knew they'd receive the money owed, having to wait for it was less than ideal.

Switching payroll provider was not a decision that either Charlotte or her colleagues at Wenham Carter took lightly. However, one particular incident highlighted the need for a change and autonomy over the payroll process.

An internal miscommunication led to an overpayment to a former employee and, for Charlotte, this was very much a case of the straw that broke the camel's back.

While the incident definitively proved the need for internal control and the capacity to change and amend things in-house, Charlotte believed that additional blockers prevented her from performing payroll duties in the most efficient manner.

Beyond the constant back and forth, lack of response, and backdated payments, other manual processes needed optimising – e.g. paying employees and HMRC.

To pay both employees and HMRC, Wenham Carter would send the amount over to the accountants who would subsequently make the final payment. Regarding HMRC, it transpired that the payment was actually being paid a month in advance each time.

It became evident to Charlotte that this was something that she could manage herself. All that she needed were the tools to do so.

Moving to PayFit has had a significant impact on Charlotte and her colleagues. The amount of time spent on payroll has been reduced by two days a month, allowing them to use this time to improve the finance team's processes – e.g. changing accounting software and moving from Sage to Xero. Previously, this project had been put on hold as there simply had not been time to look into or demo companies and services.

Another benefit has been the reduced admin. When using their accountants, payroll journals used to be a particularly complex and manual task. Charlotte would receive three or four PDF reports each month, with the data rarely included in the correct order.

From these reports, she would have to pull different numbers – e.g. commissions, deductions, benefits, pensions, etc. – to build her payroll journals. This used to take over two hours each time and the risk of error was high. Furthermore, because payroll was often having to be backdated, she would frequently have to amend past payroll journals – sometimes up to four times a month!

This is now no longer the case. Through PayFit, payroll journals can be integrated with the accounting system meaning that, instead of spending two hours each month, the whole process now takes just a couple of minutes.

Beyond the time saving and reduced admin, Charlotte has also benefited from having both payroll and HR (annual leave and expenses) all situated within the same platform. Before, three different systems (one for payroll, expenses and leaves and absences) were used. Now, only one login is required and data and information can all be stored under one roof.

Perhaps the most crucial change has been gaining control over the entire payroll process. Previously, Charlotte would have to wait several days to receive a response from the accountants. However, since she started using PayFit, she now has all the information she requires at the click of a button.

On rare occasions additional support is needed, PayFit's dedicated customer support team, including professionally trained payroll experts, can provide answers within 24 hours. The days of waiting for a response, or participating in lengthy email exchanges, is now a thing of the past.

Finally, Wenham Carter's employees are also a lot happier with how payroll is managed. With commission paid when it's due, they no longer have to wait until the next month to receive money owed.

It's great to always be speaking to the same people and it's reassuring to know that they understand your specific needs. It really is a five-star service.